Preview: I am Divine 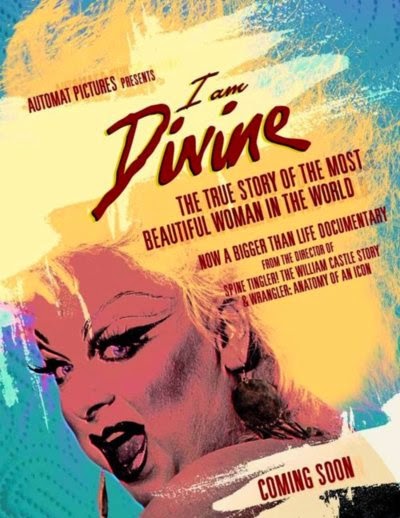 Cinephiles and trashy sub-culture vixens- watch this Doc about one of the heroes of American Film.

Hailed for his roles within John  Waters films, Harris Glenn Milstead (stage name 'Divine') was the first drag queen to burst into mainstream American film, and it is in his background of a Baltimore teenager struggling to fit into 1950s Maryland life that makes this documentary fascinating.

From a child, going into his mothers wardrobe and immersing himself within the world of musical theatre, Harris indulged his love for beauty and the ideals of the 1950s housewife… almost to a dystopian 'Stepford wife' aesthetic.  Bullied at school, he had no real friends and felt as though he was trapped.   This changed when he left school to work at a beauty shop as a hairdresser- "Eat your hearts out," he used to say, whilst gently moulding the hair of countless generations of Baltimore ladies,  "because you know I'm the star around here."

So how did Harris become Divine? It was within the underground LGBT scene, in the freedom that the 1960s counter-culture brought, that Divine was able to at last make friends and assemble a group of like-minded creative individuals, one of which was John Waters, who gave him the name "Divine" for their first film "Roman Candles."  John subverted traditional ideas of beauty with his obsession with women who were figuratively and literally 'larger than life.'  Divine became powerful and, in John's own words, "Simultaneously sexy, monstrous and terrifying."  After developing a name for himself as a female impersonator known for "trashy" behavior in his early John Waters films, Divine capitalized on this image by appearing at his musical performances in his drag persona. In this role, he was described by his manager Bernard Jay, as displaying "Trash. Filth. Obscenity. In bucket-loads".

Divine was able to cement himself within popular culture further, with Disney's famous villain Ursula (From The Little Mermaid) being based on the act- to create an archaic figure who is both poisonous and fascinating.

Fans of Divine, John Waters or just contemporary cinematic history  should watch this documentary- a triumphant, but sometimes devastating, homage to a great life well lived and one of the most diverse performers of our time.