Sundance 2014: They Came Together 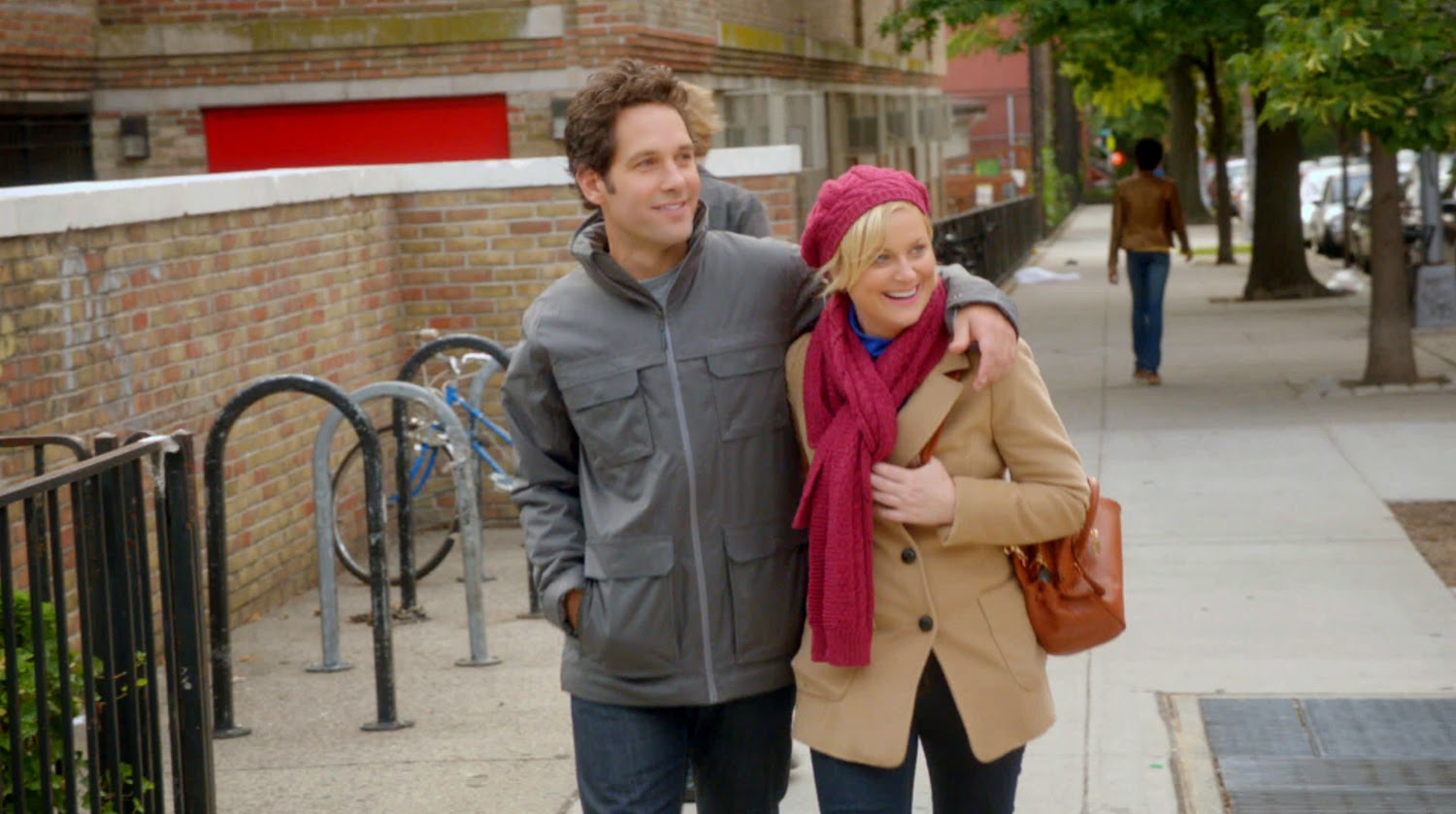 Making my way to the next film on my Sundance London programme, I was too excited to see a Paul Rudd and Amy Poehler romcom, penned by David Wain, the comedy genuis behind Role Models.

Looking at the mainly female audience at the O2 event (there were *some* guys- looking sheepish at having been dragged to the screening in the first place) I couldn't help feeling that the film had been misplaced in it's targeting, as by the end it was those very guys laughing the loudest.

They Came Together tells love story of Joel (Rudd), a corporate executive for Candy Systems and Research, a mega sweet store chain, and Molly (the lovable Poehler), the owner of a small sweet shop called 'Upper Sweet Side'. In a homage to the past rom-coms (classic 'You've Got Mail' sprung to mind about a million times during the movie) Joel is tasked with shutting down Molly's operation.  The characters in the usual "our friends tried to set us up, how hilarious!" Meet-cute mode, but the unlikely lovers find themselves hurtled into a whirlwind romance. This "epic love story" as the films producers explain, has it's obstacle in the path of true love.  These include neurotic family members  (the scene between Rudd and his gradmother leaves an utterly cringe-worthy image in my head that I don't think will ever leave) as well as psychotic ex-lovers, one of which actually attempts to kill the twenty-strong crowd in the closing scene, before being re-admitted to jail.  Quite sweet, really.


According to Wain's post-screening dialogue, this isn't a parody in the style of 'Not Another Teen Movie', although this could have been plucked from the franchise I assure you.  De-constructing the 'RomCom' genre, Rudd and Poehler play to every stereotype of the boy-meets-girl-with-hilarious-consequences story.

The comedy from these two central characters comes thick and fast and this timing is obviously to please a shock-induced audience. The screenplay is so self-aware of it's own cliché as to entertain everyone in the audience who have ever seen even one Jennifer Lopez movie recently.  The real laughs come from the dialogue that seems "out of the script," the real reactions from Rudd or Poehler which brings another dimension to the story that would be, let's face it, quite wooden without. The problem here is that just isn't enough of it to keep you interested for the length of the movie.

This is hands-down the first comedy to target both men and women in a long time, Wain dropping relevant "in-jokes" for everyone serious about comedy movies.  Finally then, a smart (ish) rom-com you can take your boyfriend to, just don't except anything too groundbreaking.