Noel Clarke is an extraordinary filmmaking talent currently writing, producing, directing and acting in numerous Independant and Hollywood films. A role model for London filmmakers starting out, he is keen to keep breaking the mould having launched his feature film acting career in Urban social drama Kidulthood (which he wrote.) After winning his BAFTA, he has gone on to make numerous films of various genres and is continuing to surprise the industry. His latest film, 'The Anomaly' is out this month.  Watch the trailer here. 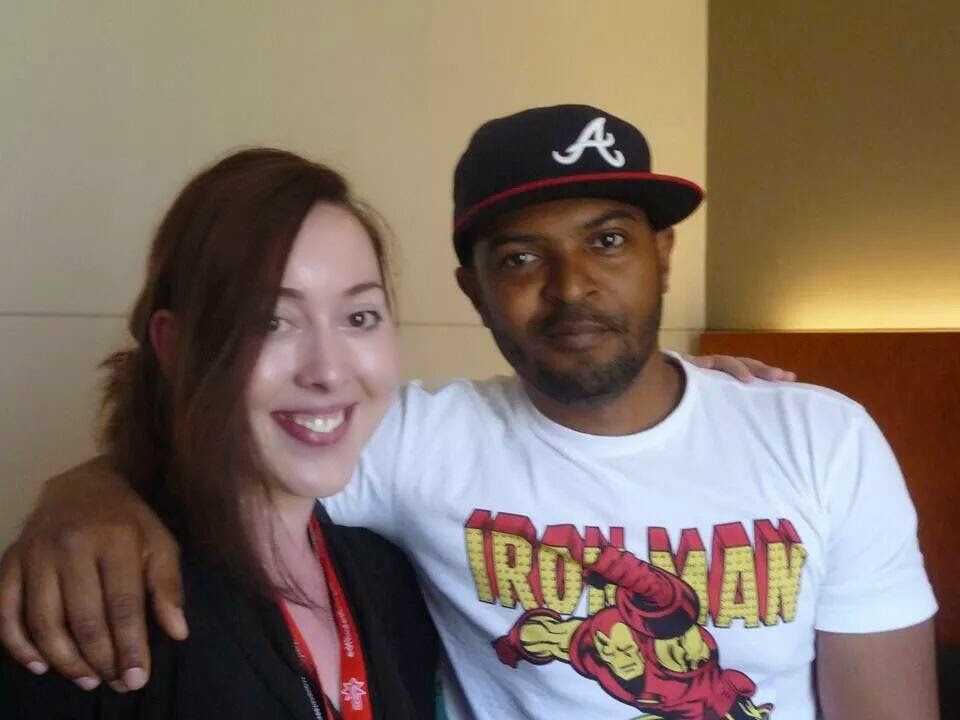 Q) The Anomaly is much more commercial in its genre than the first films you made (Kidulthood, Adulthood etc)- is this an attempt to break into the American market?

This was definitely my way to get more of an international feel to the film and branch out with different things.  As a film fan I like lots of different films, I couldn't pin down one genre that I like in particular but it's great that fans of my work in Doctor Who and Startrek get to see something that I directed myself, and is an Independent feature.

Q) So are you going to continue to experiment within different genres and subject matters?

Yes, definitely.  I want to stretch the bar and ultimately show that with a small budget you can still achieve what you want to.  The fact that a lot of reviews (both good and bad) are already comparing The Anamoly to American films like The Matrix proves my point- if you're comparing it to that you are really saying that it's an ambitious British Film that's done pretty well on a tiny budget!

Q) How did you get involved with filmmaking originally?

I started out as an actor (Noel had roles in TV shows Casualty and The Bill) but the roles offered within film were very sparse and typecast.  I decided that if I wanted to play a decent role, I'd have to write one myself. So I wrote Kidulthood.  With Adulthood, the director of Kidulthood didn't want to get involved and suddenly there was no movie.  That's when the studio asked if I would do it, so it really was a choice of a) having no movie, and b) jumping in the deep end and directing it.  Everything happened because of necessity; the need to learn it to get the work done rather than wanting to learn it.  It made me so rounded as a filmmaker.

Q) You produced new release 'We Are Monster'.  Is British Independent film something that you always see yourself being part of, regardless of where you end up in your career?

Absolutely. I love British film and I want to be in the position where I am able to give those filmmakers a chance who wouldn't ordinarily get one, (in order to) give back to the Industry that gave me that chance.  For me it's down to a vision of a kid at home, watching one of the films and thinking "I didn't know I could do that!"  It's about inspiring the next generation of filmmakers.