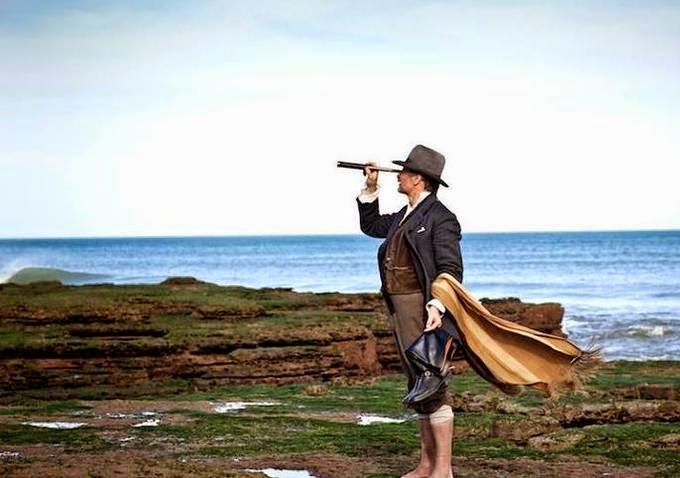 Something of a beauty, Danish feature Jauja will see cinephiles flock to screenings next month when it enjoys general release. A hit on it's ferocious festival run last year saw the film compete in the Un Certain Regard section at the Cannes Film Festival and win the FIPRESCI Prize.

Shot in luxurious, colour- infused 35mm film, Jauja (its title a reference to a mythical land of plenty) resembles an old square photograph with cornered edges, or a piece of silent cinema.  The audience is transported back to a remote military outpost in Patagonia, 1882, during the so-called "Conquest of the Desert", a genocidal campaign against the aboriginal population of the region. The film is driven around Viggo Mortensen's character Captain Gunnar Dinesen, whose desperate attempt to find his runaway fourteen year-old daughter, Ingeborg, transcends time.

Tired of being the only female in the camp, neglected, idolised by the soldiers and longing for a home that she has never had, Ingeborg finds love in a young recruit and takes off into the night.  With danger on all sides, the Captain begins his search in the vast landscape, where every clue seems to pull him further from her.

This is a beautiful film with a surreal edge to it.  The beauty of the mise-en-scene juxtaposes with the intense sound throughout; the dune winds oppressively acting as pretty much a solo soundtrack, urging the Captain on his quest. Playing with it's mythical tone, the second half of the film works to leave the intensity of the closeness to the unfolding drama that we previously enjoyed, starting with a shot of the Captain staring up at the sky.  The glorious vast star- littered sky is a whimsical re-direction where the audience are led into a metaphysical dimension — time and space begin to collapse as Director Lisandro Alonso eludes to a cyclical, rather than linear, vision of life's journey.

Viggo is fast becoming synonymous with unpredictable indie roles in cinema, and this is no exception.  The film sees him mostly on a horse, galloping into the colour-rich landscape, a small figure vanishing into the distance.  A role which demanded subtlety, discipline and commitment has shone a new light on an actor keen to work in the background of the industry.  Talent, however, keeps him constantly challenging his craft and inspiring his audience with rare and wonderful performances such as this.  A definite must-see.