I started this blog with a top ten rundown of the year (2014! How long ago that seems!) and since then it has grown considerably and led me on many film-based adventures. However this year I am ashamed to admit that I've only written a total of three blog posts. They took me a few hours each to write (before you start thinking that I spent months researching each piece, hence the lapse), and it makes me sad that this space has been neglected. 2018: I'm going to do better I promise.

My first full year working in film VFX has had a lot to do with the neglect, as the company had a stellar year and it was full blast from January onwards. However, ignoring my terrible work ethic with blogging for a second - my actual job did not hinder my adoration of the big screen; my love of cinema took me to many Odeons across London (thank goodness for the limitless card; Odeon I salute you), I attended both London Film Festival (8 films whilst working full time no less!) as well as the Berlinale, and I have seen SO many great films this year. This list comprises of films released within the UK as well as film festival previews that are still to come.

So without further ado, I present my top ten indie flicks of 2017: 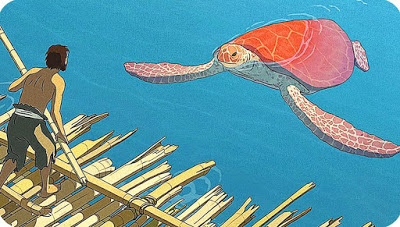 It’s very unusual for a film to make as huge an impact on me as The Red Turtle did. I was lucky enough to enjoy the film followed by a Q&A with the visionary Dutch director Michaël Dudok de Wit, and was left utterly speechless by the end of the screening.  Shunning the use of dialogue, the wordless animated feature tells the story of a stranded castaway who longs for escape, constantly foiled by a red turtle, who, despite being the titular character, takes a long time to show up. When it does it’s truly mesmerising; pitched against the tones of the film the brilliant red captivates (Dudok de Wit refrained from using any red in his colour palette before the turtle) and the tension between its otherworldly beauty and unsettling power is palpable. It’s actually not very surprising that the film was backed by Studio Ghibli; the studio’s first co-production. In keeping with their aesthetic and revered tone, the story is subtle, allowing the animation to speak volumes and take your breath away with the absolute beauty of it. A visual treat of hand drawn animation mixed with computer animation, the style is never compromised. Each frame is breath taking. 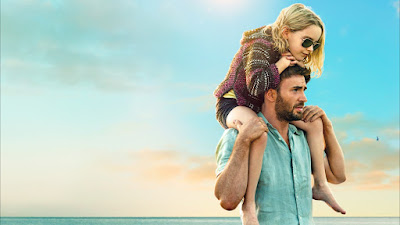 Released in the UK quite early in the year, it kind of came and then left the cinema pretty swiftly and I would have definitely have liked to see it again on the big screen. Chris Evans shows us what he can do outside of the Superhero movies and exercises his acting chops in this steady paced drama. The plot follows an intellectually gifted 7-year-old who becomes the subject of a custody battle between her uncle and grandmother and also stars Jennie Slate and Octavia Spencer. As the battle simmers on, more is found out about the girl's birth mother and her relationship with her 'gift,' but the real joy comes from seeing the bond between Frank Adler (Evans) and his spirited young niece Mary  (Mckenna Grace) evolve. 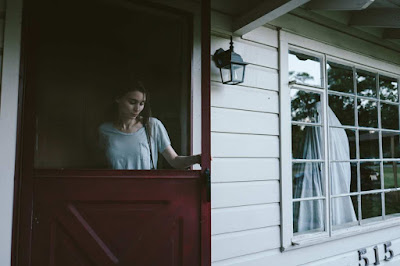 I could watch any movie with Rooney Mara in it so I wasn't too nervous about viewing a film most of my friends had warned me against (nothing happens! It's so dull! It's too long!) I was not, however, expecting to absolutely fall in love with this piece of miraculous cinema. Written and directed by David Lowery, Casey Affleck plays a man who becomes a ghost and remains in the house he shares with his wife (Mara). Being a ghost who is essentially an actor in a bed sheet doesn't take away from the devastating light that the camera shines on the complicated grieving process and the attempts to reconnect with our loved ones. 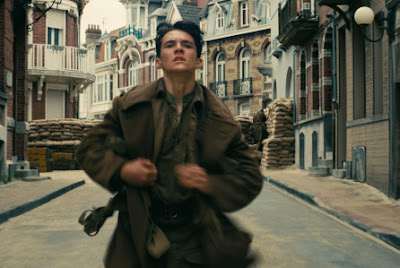 It was a marvel to the film community that a story around Dunkirk would shake Hollywood as much as it did this year; arguably American audiences aren't very familiar about the story of the World War II evacuation of British and Allied forces from a lightning German advance in France from May 26-June 4, 1940. Winston Churchill was informed at the time that the Allies would be lucky to get 30,000 men out of the situation; 10 times that number were rescued in a moment known as “The Miracle of Dunkirk.” Dunkirk was also a personal story for Director Christopher Nolan, whose grandfather was a navigator on a Lancaster bomber and died near Dunkirk in 1944. Perhaps not Indie in the same way as the others, the film makes my list because it has a quiet charm to it, and it's British through and through. I've chosen this still from the opening sequence because this was the moment that the film gripped me, and it didn't let go. Alongside British acting favourites Mark Rylance, Cillian Murphy and Kenneth Branagh, it was actually Fionn Whitehead who stole it for me, alongside the beautiful period cinematography.

I am such a fan of the nostalgic and this reinterpretation of Stephen King's It is high on my list because it just does it so well.  A homage to the coming of age films The Goonies and Stand by Me, director Andy Muschietti’s It focuses entirely on the childhood-set portions of King’s book. It’s a collection of alternately terrifying, hallucinatory, and ludicrous nightmare imagery ('You'll float too'); but my highlights of the film include the stunning attention to detail of the sets, cinematography and costume, as well as the central narrative of the children's coming together in the face of adversary. 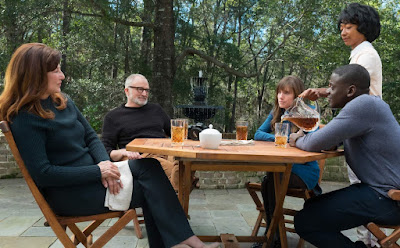 I think that this is the first year that I've had two horror movies in my top ten, but both are well deserved. Written and directed by Jordan Peele in his directorial debut, it stars Daniel Kaluuya as Chris, a black man who visits the family of his white girlfriend (Allison Williams); at their home where the servants are acting strangely. It's creepy, builds up the tension and has a wicked cast; thoroughly entertaining. 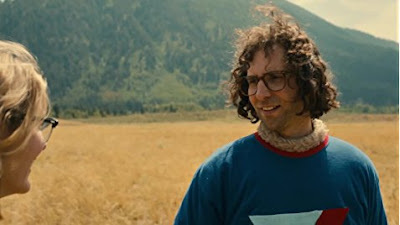 Debuting at Sundance this year was perhaps my favourite comedy of 2017: Brigsby Bear. The humor of Kyle Mooney (SNL), the film follows James Pope (played by Mooney himself) who is obsessed with a TV show called Brigsby Bear. I don't want to ruin the story for those who have yet to see it, which makes it hard to write too much, but the film turns from a dark and dry comedic outing, to an ode to acceptance and the creative process of film making. 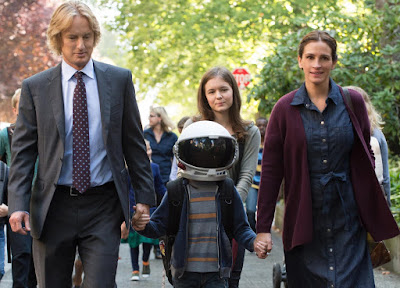 Based on the New York Times bestseller, Wonder tells the incredibly inspiring and heartwarming story of August Pullman (Jacob Tremblay, Room), a boy with facial differences who enters fifth grade, attending a mainstream elementary school for the first time. What struck me whilst watching it for the first time was how effective the storytelling was; in giving the other characters the room to tell their own stories and sympathetically letting us in to their private lives.  Going in, I thought that it would be quite a downbeat film which focuses on a struggle to fit in but it's ultimately quite poignant; it instead focuses on the mistakes made by the family in how they treat one another. Importantly, Wonder is also a movie about a young boy with a condition that makes him stand out from his peers without feeling too preachy.

This film owns my heart completely. Without knowing what to expect, I saw The Florida Project at London Film Festival on a Saturday morning; and came out completely in love with the filmmaking prowess of Sean Baker. Set on a stretch of highway just outside the imagined utopia of Disney World, The Florida Project follows six-year-old Moonee (Brooklynn Prince in a stunning breakout turn) and her rebellious mother Halley (Bria Vinai, another major discovery) over the course of a single summer. The two live week to week at “The Magic Castle,” a budget hotel managed by Bobby (a career-best Willem Dafoe), whose stern exterior hides a deep reservoir of kindness and compassion. Gloriously alive, it is a deeply moving and unforgettably poignant look at childhood. 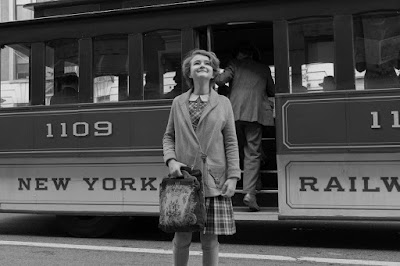 Based on the 2011 novel by Brian Selznick, who also adapted the novel into a screenplay, Haynes recreated Manhattan for both the 1920s and 1970s to tell the story of Ben (who, following an accident has become deaf) and Rose (who was born deaf) and who secretly wish that their lives were different. Ben longs for the father he's never known, while Rose dreams of a mysterious actress whose life she chronicles in a scrapbook. Despite the distinct periods and palettes — Ben’s 1970s story unfolds in color, Rose’s 1920s in black and white — the story, the editing and the children’s deafness underscore that these two are deeply connected. With intricate attention to detail and a luxurious beauty we've come to expect from Haynes, it packs an emotional punch that is hard to leave behind once the credits start rolling.
Reactions: