I can't believe another year has passed; and what a year for film. As usual I've added a few films that I've seen at festivals, so they will be out on general release early 2019 - something to look forward to seeing on the big screen, maybe for a second time for some of you. There are also a few that I wish I could add, but do not fall under the 'indie' umbrella - Into the Spider Verse was one of my favourite films of the year, as was A Star is Born - both extraordinary in their own way. The year 2018 very much demanded escapism; so you'll see comedies, documentaries and period pieces of cinema about the weird and wonderful world we live in. I don't know what next year will bring, but I know that these films bought joy, inspiration and wonder into my life. Here's to more happy cinema trips in 2019 - Happy New Year film fans! 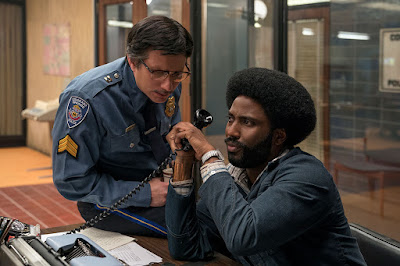 Spike Lee’s BlacKkKlansman tells the true story of Ron Stallworth (John David Washington), the first African-American detective to serve in the Colorado Springs Police Department. Hugely ambitious and keen to shake things up, Stallworth recruits a more seasoned colleague, Flip Zimmerman (a brilliant Adam Driver) into the undercover investigation of a lifetime - to expose the Ku Klux Klan. A laugh-out-loud two hours was definitely not what I imagined, given the shocking subject matter- but it makes the list because it was so damn entertaining and an incredible feat of passionate filmmaking- with a powerful message from Jones as the conclusion. 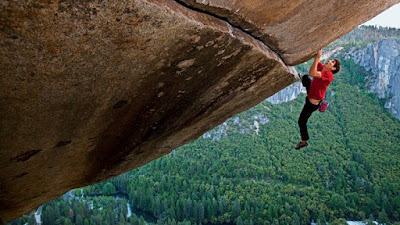 Having never climbed up anything higher than the escalator at Tottenham Court Road station (I still feel proud when I make it to the top) it is a surprise that this film is in my top 10, but it is a credible addition. Produced by National Geographic, this nail-bitingly tense documentary follows ‘free solo’ rock climber Alex Honnold as he attempts the famed El Capitan’s 3000-foot vertical rock face at Yosemite National Park. A hugely-ambitious, not to mention ridiculously dangerous, expedition - the documentary succeeds in showcasing the personality behind the climber; balancing the faults and dangers of having a single-minded dream with the passion that goes behind it. 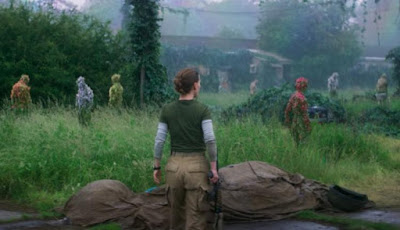 This year, Alex Garland was back - this time for the sci-fi horror film Annihilation for Netflix. I had no preconceptions, having never read the source material by Jeff VanderMeer, but it was a film that kept me guessing at every turn. With a strong female-led cast of greats (Natalie Portman, Jennifer Jason Leigh, Gina Rodriguez, Tessa Thompson, Tuva Novotny ...and Oscar Isaac) it follows Portman’s Lena, a biologist and former soldier, on a mission to uncover what happened to her husband inside Area X - a sinister and mysterious phenomenon that is expanding across the American coastline. In my real-life job, I work in VFX and it has to have some of the wackiest, beautiful and disturbing visuals that I’ve seen for a long time. It’s at once terrifying and mesmerising; and the marvel Jennifer Jason Leigh absolutely steals the show. With so many layers to it, I think it’ll stand-up for quite a few more viewings over the coming years. 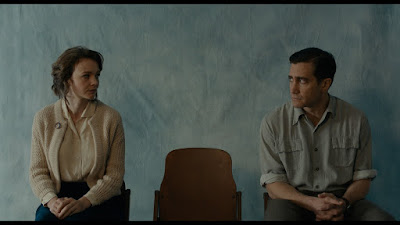 For Paul Dano’s directorial debut, we find ourselves immersed within a 1950s melodrama set against the Montana suburbs during risks of the forest-fires spreading. Teenager Joe (Ed Oxenbould) lives with his parents whose marriage is on the rocks: volatile father Jerry (Jake Gyllenhaal) and Jeanette (Carey Mulligan). Mulligan plays a woman unhappy with her lot; keen to make something of her life and live up to her potential but trapped in a stressful marriage. It’s a mesmerizing performance; with resentment simmering deliciously, until her behaviour begins to alienate her son. It's a very strong debut for Dano, who had proved that he can get the best out of his cast and produce a thought-provoking narrative as told through the son's eyes. 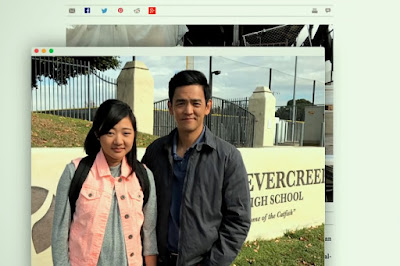 Having been shot entirely from the point of view of devices; laptops, phones, even CCTV, it’s easy to write this film off as a gimmick from the trailer alone. However this tense thriller works because it has an emotional core and exceptional performances that hold your attention and continue to keep you guessing. David Kim (John Cho) becomes desperate when his 16-year-old daughter Margot disappears and an immediate police investigation leads nowhere. He soon decides to search the one place that no one else looked- her laptop, where he discovers that he didn’t know his daughter at all. It was a hugely entertaining thrill-ride which kept me on the edge of my seat. 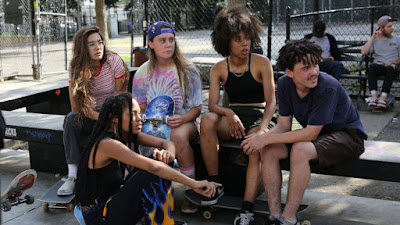 Filmmaker Crystal Moselle met the cast of the Sundance London's favourite, Skate Kitchen, on the subway. She documented their hangouts, developed friendships and immersed herself in the world of skate-boarding. The result is this fictional feature that is more of a doc-narrative hybrid, following the talented skater Camille, who befriends a group of girl skateboarders. As she journeys deeper into this raw New York City subculture, she begins to understand the true meaning of friendship. This is a subtle, low-key drama with an emotional core. 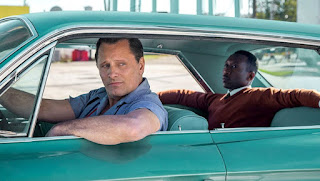 The surprise film at the 2018 BFI London Film Festival, Green Book is a passionate story of the coming together of proud, stubborn individuals from different walks of life in 1960s America. The film is based on the true story of Dr Don Shirley, a world-class African-American concert pianist, and Tony 'Lip', an Italian-American club bouncer from the Bronx. The unlikely pair team up for a tour of the Deep South, with Dr Shirley playing for the well-to-do socialites who want to appear cultured but at the same time bound by societal rules when it comes to race and the north-south divide. With Lip employed as a chauffeur / body guard, the pair form a bond when they are both forced to confront racism and discrimination at the various venues they travel to; despite their different natures. Director Peter Farrelly has created a delightful character-study, with stunningly down-to-earth, visceral, emotional performances from Mahershala Ali as Dr Shirley and Viggo Mortensen as Tony; both men have lessons to learn in this road trip filled with drama at every turn; but also touching humour in the face of adversity. John Krasinski (of The Office fame) directs this astounding modern horror movie which hits all the right notes. Mysterious creatures that hunt by sound have taken over the country, leading to a family of four struggling to survive. Emily Blunt also stars as the mother to two children, and heavily pregnant with the third. A Quiet Place artfully plays on elemental fears with a ruthlessly intelligent creature feature that's as original as it is scary -- and establishes director John Krasinski as a rising talent. 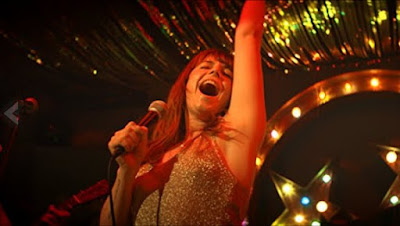 
Wild Rose had its debut at the BFI London Film Festival and, although it isn't out on general release until 2019, I loved it so much that I couldn't leave it out. Set in Scotland, Rose-Lynn is fresh out of prison and on a quest to become a country music star, while resenting her reality of being a young mother of two children. With a stellar supporting cast (Julie Walters plays Rose-Lynn's mum and every scene between them fizzles withe electric energy) Wild Rose is a spell-binding film told with a huge amount of tenderness and love for its unconventional heroine. Jessie Buckley is a huge talent and one to watch for 2019.

If you know me in person, this choice should not come as a surprise. Isle of Dogs won my heart time and time again this year. Revisiting the charming, old-school approach to animation Director Wes Anderson utilisied to great acclaim in 2009’s Fantastic Mr Fox, the film follows a motley crew of dogs who have, by executive decree passed by Mayor Kobayashi, been exiled onto ‘Trash Island;’ a veritable wasteland of paper, leftover food and garbage. The main squad are all voiced by Anderson-regulars: Bryan Cranson, Jeff Goldblum, Bob Balaban, Edward Norton and Bill Murray. Indeed it’s hard not to assume that Anderson had the actors in mind for each role as they are perfectly suited; from Cranson’s embittered ‘stray’ with heart, Chief, to Edward Norton’s neurotic and argumentative turn as Rex.

With over 200 sets built for the film in total, it takes more than one viewing to catch everything that Anderson wants us to see. On Trash Island, every piece of strewn paper has detailed writing in Japanese hand, the sets are full to the brim of references to Anderson’s favourite Japanese objects. A film with heart, soul and generous amounts of quirky personalities, Anderson has created yet another masterpiece, bought alive with a fantastic medium that both children and adults will enjoy. A work of art.