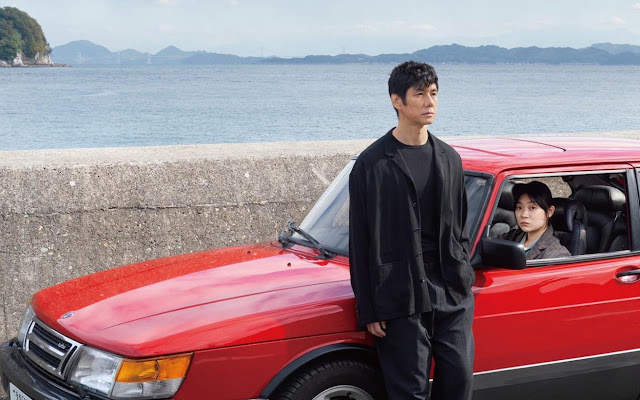 Ryusuke Hamaguchi's feature film, Drive My Car, a special selection at the BFI London Film Festival, is inspired by Haruki Murakami’s short story of the same name.
The film opens with the dedicated husband and wife team, theatre director Yusuke and his TV screenwriter wife Oto, who navigate their shared life together in the arts. Suddenly Oto dies while Yusuke is out driving, learning lines for his role as Uncle Vanya in his upcoming play. The film picks up two years later, when a still-grieving Yusuke is invited to take up a residency at a theatre in Hiroshima to once again direct Chekov's play. The only catch is that, for insurance reasons, he isn't allowed to drive his own car. Yusuke’s new chauffeur Misaki drives him to and from the theatre every day, and the pair gradually open up about their history and the events that have led them both to this city. As the play gradually starts to take shape, so does their relationship, in a film steeped with mystery and underlying tension. 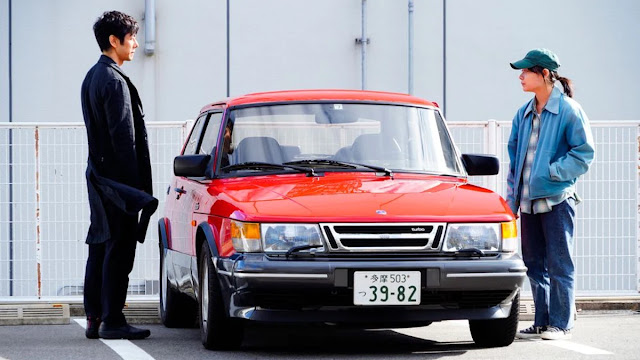 Yusuke casts actors for his play who speak different languages; from Mandarin, Korean sign language and, of course, Japanese, to prove that language is just a tool. That to really understand character, a performance, is through their tonality, their body language. This is also true of the film itself. Hidetoshi Nishijima, as Yusuke, is closed off at first, a method of self-preservation in the light of his recent grief. During the course of the film, however, we come to read the tiny subtleties on his features, in his speech, and it's all the more rewarding for it.
Drive My Car is mesmerising stuff, I actually forgot that films were made like this. The script (a collaboration between Hamaguchi and theatre playwrite Takamasa Oe) is sharp and sophisticated, disguising it's three-hour length, the cinematography brings Hiroshima to life and the the cast make sure that the characters take centre stage, as they do in the play they are rehearsing for. It's a film that truly shows that art is vital and can, on occasion, blur the boundaries into daily life.
Just like on stage, our characters aren't weary of monologues and lengthy speeches, but that's what makes this film such a gem. I can't wait to re-watch it and perhaps make notes of phrases and words they choose to use. Then there are the silences. Silences that illustrate that much can be said when the words aren't quite there to share yet. Multi-layered and sensory, it's already one of my top recommendations for the festival this year.