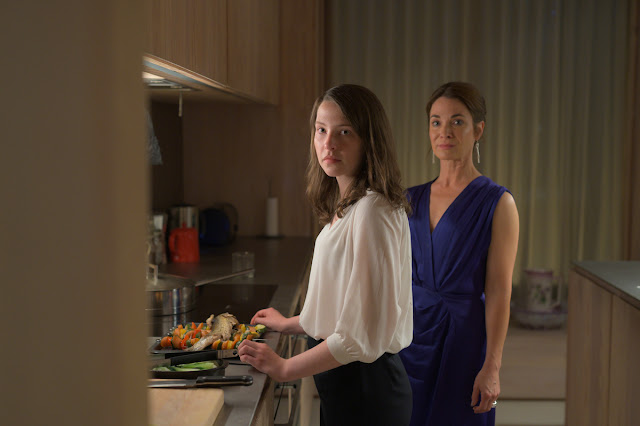 What do you get when you cross the Welsh countryside, a mythical creature and a dinner party? Enter The Feast, the mysterious horror movie screened at the BFI London Film Festival this month.

Director Lee Haven Jones collaborated with screenwriter Roger Williams for the Welsh-language debut feature based in Cymru, that recalls the atmosphere of tense rural horrors like Midsomer and The Wicker Man.

We open the film with the prospect of a wealthy, but dysfunctional family. The father, Gwyn (Julian Lewis Jones), works for the government and the family spend most of their time in London, which explains their obvious unease at finding themselves in their hyper-modern, but secluded home deep in the country. Glenda (Nia Roberts), wife and mother of the tribe, is hosting an elegant dinner party and hires a new waitress for the day to help her prepare and serve the food. Enigmatic local girl Cadi (Annes Elwy) arrives, but pretty soon we realise that something isn't quite right. 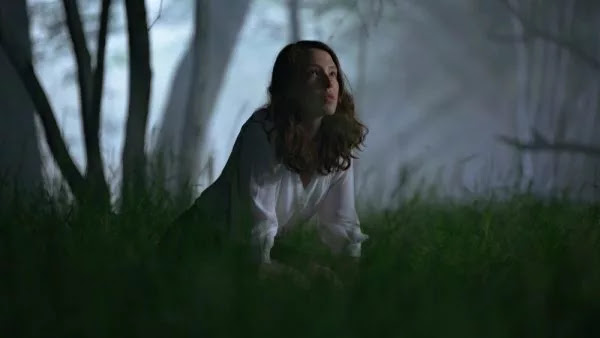 The two sons have clearly lost their way. Gweirydd (Sion Alun Davies), a doctor, has given up his career to turn into a triathlete. Gripped with aggressive obsession, he is a firework waiting to go off.  Guto (Steffan Cennydd) a drug-addict, is openly-hostile to his family and longs to return to the city where he can hide away in anonymity. But during the party, the parents are painfully desperate to impress. Cadi watches them from her spot in the kitchen, their capitalist, bourgeois principles bubbling to the surface, in what develops into a politically-conscious tale of woe.

The film is an intense slow burn, peppered throughout with glimpses of flashbacks and creepy moments of discomfort that add to the sense of foreboding. The climax arrives in a burst of violence as the night turns unforgettable.
As a fan of horror movies with a underlying message and purpose, I really enjoyed The Feast. As a debut, it was strong; the cinematography and direction is excellent, the Welsh landscape reimagined into a mystical folks tale. Annes Elwy is also a stand-out, keeping us captivated and only unleashing her true self at the end. A great time and, even if it does take a while to get there, worth the ride.