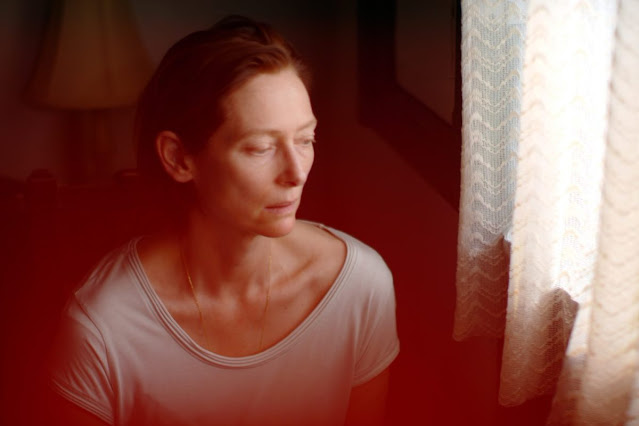 Apichatpong Weerasethakul’s Memoria is a meditative journey through sound, memory and human connection, anchored by the ethereal presence of Tilda Swinton who also served as Executive Producer.

At the screening of the film at the BFI London Film Festival, Swinton invited the audience to 'enjoy this dream' and that the pair had enjoyed collaborating on the film and they are 'so proud of it'. Indeed, this is Weerasethakul’s first film outside of his native country of Thailand, choosing to base the profound, anxious, but mesmerising feature film in Columbia.

Opening in Bogotá, Swinton's character, Jessica, wakes up with a loud thud. The sound follows her over the course of the film and as she attempts to understand it, she's confronted with unanswered questions about the creation of life, the human condition and whether there are other lifeforms out there beyond earth. Swinton takes us on a journey of a slowly unfolding, often disconcerting, nonlinear narrative. Against the buzzling, violent sounds of the city, she visits her sister in hospital, who believes she may have been cursed by an isolated tribe she's researching. Struck by the deafening thud she hears, even at the dinner table, she asks a sound engineer to help her analyse the sound. Eventually, she finds herself in a remote village. It was here that I felt as though I'd fallen into a uneasy dream, listening to the Columbian rain and watching Swinton wandering around the landscape.
It's not for everyone; Memoria asks us to give into it's whimsical and lengthy scenes, submitting to the silences and space. It's reflective and mysterious, in one scene the sound engineer completely disappears, the sound grows bigger in his absence. But it's worthwhile, if only to explore how else cinema can translate those uneasy feelings of not truly belonging somewhere, of trying to fit together the final pieces of a puzzle.

Where to end on my feelings on Memoria? Well, the beginning is not really the beginning and the end is not the end. It's an explorative piece, so chillingly beautiful and otherworldly, that it was a joy to witness on the big screen. Indeed, Weerasethakul's intention is to only make it available in cinemas as it goes on a lengthy tour across the globe. He is not going to make it available to streaming or home entertainment avenues. This is a piece of art - and one to cherish in all it's wide screen glory.