Adrian Hodges: The Man Behind The Musketeers 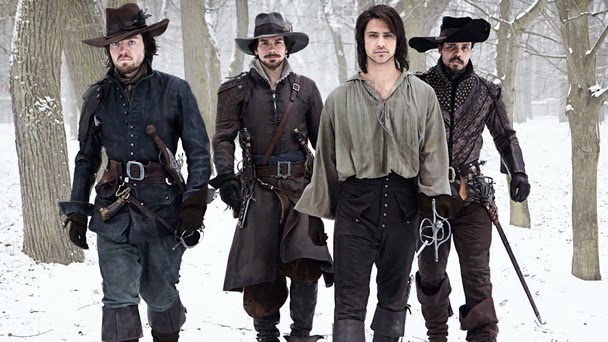 This week I was treated to an immensely enjoyable one-to-one with Screenwriter extraordinaire Adrian Hodges, the Creator, Screenwriter and Executive Producer of the new popular BBC drama series The Musketeers.  Adrian, who was also Screenwriter of Academy- Nominated film My Week with Marilyn, talked through the processes of both Producing and Screenwriting, touching on the changing-face of the UK Television industry and the rise of the box-set culture.

Adrian began his career working in film journalism (for Screen International) before working in film development.  Having to read countless scripts in his role was great training in how to approach writing for the screen, and he began to work on his own screenplay that was later bought by channel 4.  “Early on” Adrian noted, “I learnt that television was where the work was in Britain.  But the truth is that within the last ten years or so, television has become much more fun… an area I like better.  Power for the first time ever is with the writer.”

The Musketeers came about when Adrian was offered the chance to rewrite the original story for the BBC. However, he saw his relationship with the historical drama very differently and wanted to create a program which was innovative and exciting- a chance to revive “the tradition of the adventurous swash-buckling genre of the Golden Age.”  It took nine months to develop the series and the tone, “we wanted it to feel both traditional and modern to the same time” Adrian explained, it was all about creating a different feel to a show that relates back to the original characters we know and love.  Shooting in Prague for 7 months, the crew enforced a ban on the infamous look of feathered hats and tabards and worked on getting the casting process right for the perfect group of  ‘Musketeers.’   The show feels fresh and innovative as a result, “People don’t see it as a period piece” Adrian suggested, “they see it as a modern show.”

So what ARE his ultimate Box-Set favourites?  Fortunately he was kind enough to share his must-see TV shows:

- Arrested Development: "hilarious and indispensable"
- The Sopranos: "This changed everything about how TV is viewed"
- House of Cards: "Watch both the UK and US versions for comparative reasons"
- Orange is the new black: "I watched the whole first series over one weekend"
- The complete works of Dennis Potter: "Especially The Singing Detective and Pennies from Heaven.  Groundbreaking."
- Bleak House: "Andrew Davis, that's enough reason to watch it."
- The West Wing