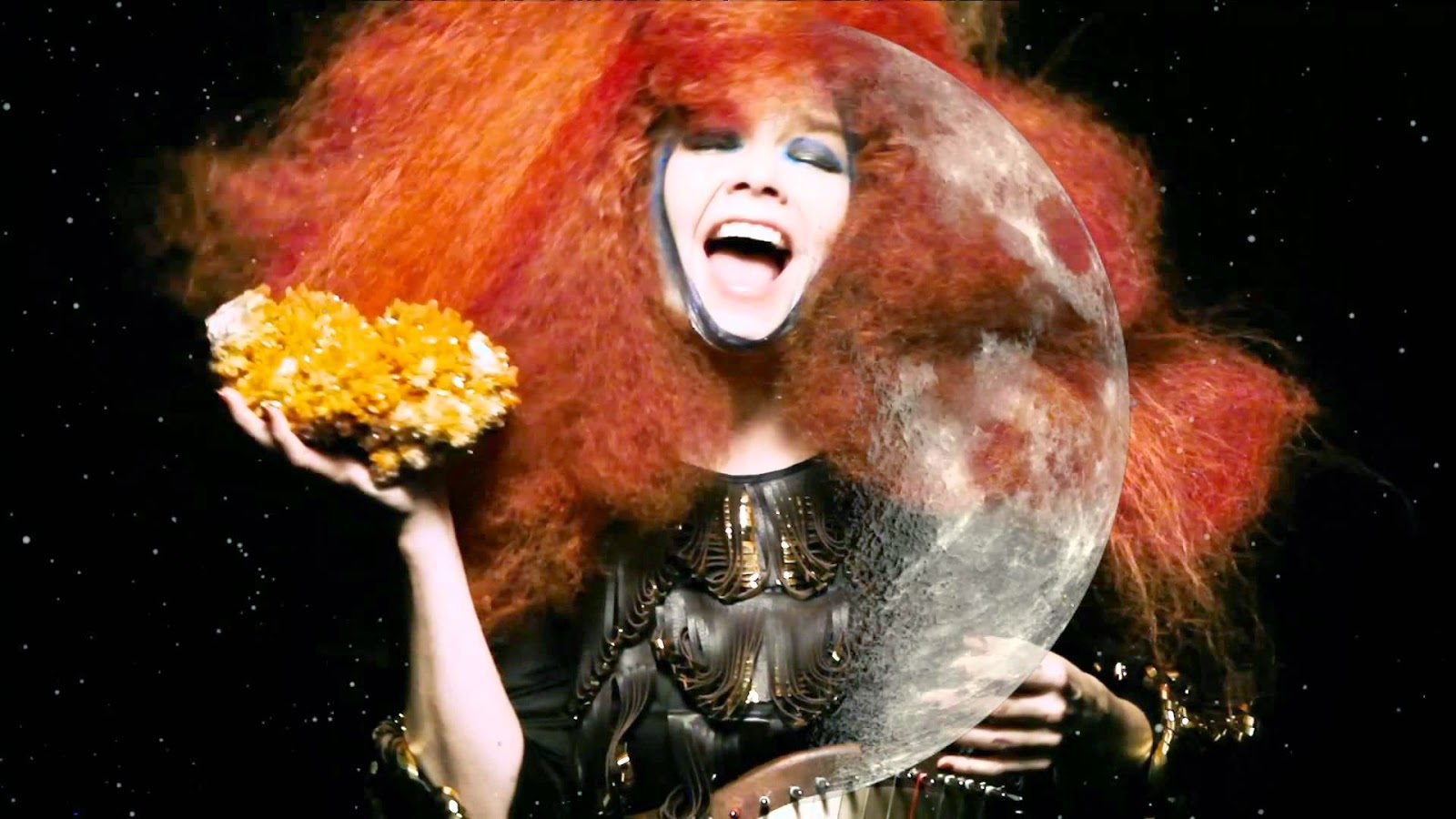 Kicking off the 'Sonic' strand of the BFI London Film Festival on Thursday 9th October, Björk Biophilia (live) is a showcase of the latest musical offering from the infamous singer-songwriter from Iceland.

Ever the innovator, Björk is famous for her exploration not just in music but throughout the creative arts.  Her latest studio album and accompanying tour 'Björk Biophilia’ was largely composed on ipads, computers and interactive apps, and conceived as a multi-dimensional multimedia project.  David Attenborough provides an interesting introduction, his recognisable tones picking out the creative nexus of the human voice, animals and technology as the underlying theme to Björk's latest brain cloud.  As the filmed 'experience'/ concert begins, the light shows combined with her ethereal vocals (which are seriously impressive sounded out against an Icelandic all-female choir) make for a promising experience.  However, after the first three songs, it becomes clear that this impressive experience becomes less so to anyone other than an avid fan.  Edited to allow for long takes of Björk and her band projecting lengthy chorus’ to the audience, the film lacks a real bite to make this truly watchable for the masses. You can’t help but wish that you were at the actual concert, as there is an undeniable element missing which makes the cinema-viewing more painful than anything else.