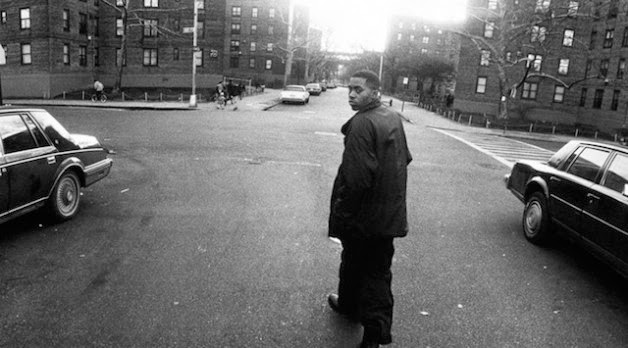 Eagerly awaited and arguably overdue is the documentary on hip hop artist and self-proclaimed 'entrepreneur', Nas and his seminal album: Time is Illmatic.  Long before today's giants of hop-hip were working on their first verse, Nas was pounding the streets, bringing his eclectic and innovative style to the American music scene. From the opening scene of this film we feel the same sense of excitement and elation that hip-hop fans did at the release of album, the style of the cinematography and the pace of the narration mirrors the very man who is the subject of this fascinating, yet harrowing, documentary.

Creating his own lyrical style, Nas released 'Time is Illmatic' in 1994, and it is still regarded as one of the most important albums in the history of music.  When interviewed, he states that he 'wanted to make the perfect album' and as the numerous award-winning musicians, producers and artists within the film all agree on, it was that Nas was able to encapsulate what was happening in American culture in that music and the significance behind that. Stylistically it was also a game-changer within a genre which was fast becoming culturally dominant.  The documentary serves in reminding his audience of the lifestyle behind his lyrics, and the people he performs for.

Starting with an examination of the inherent racism shown within Nas' generation growing up in Queens, New York, filmmakers One9 and Erik Parker use Nas' own back story to narrate the bigger picture of what it was like for these families to be pushed into housing projects in the outer borough's of and of the social implications on their community.  Personal first-hand tales are cut with the frenetic energy of hip hop sets, as the audience become more aware of their idol and the circumstances belonging to the music.  In a stylish and creative film, Nas is ever the artist, but it serves to show much more beneath the surface of both the internationally renowned mega star and America's recent history.