Raindance Film Festival Opens in London with 'I Origins.' 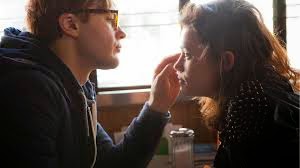 The annual Raindance Film Festival London kicked off last night with a gala screening of Mike Cahill's second feature I Origins at Vue Cinema Leicester square. Following his first Raindance hit Another Earth (which screened in 2011) the writer- director teamed up with actors Michel Pitt, Steven Yeun, and Astrid Bergès-Frisbey for the sci-fi film, which succeeded in delivering a thought-evoking and innovative piece of cinema to launch the rest of the programme.

In the film, Dr. Ian Gray (Michael Pitt) is an affable young scientist who works alongside assistant Karen (Brit Marling), studying the human eye. Gray and his assistant set out on a daunting task: to build an eye from scratch and implant it into a sightless organism. In his few hours away from the lab, Gray attends a college party where he meets a mysterious young woman with the most amazing eyes he’s ever seen. The pair form an unusual connection and, when she abruptly vanishes, he becomes obsessed with finding the secretive, provocative girl.

Cahill's film explores the notion of spirituality within relationships, which is at odds with his overtly rational protagonist in Dr Gray. The stunning soundtrack amplifys the reactive acting on-screen.  Cahill stated that he "wanted to explore the different types of love, as well as the characters reactions to events.  Most of the time human reactions aren't cliche and they do surprise you.  Authentic doesn't mean obvious… as long as you find actors who are authentic, you have the freedom to write."

"I like throwing a situation at a character and seeing how they deal with it."  Cahill explains.  Early on in the film Dr Ian follows various signs of the number '11' which leads him on a bus journey to discovery the very eyes that he was looking for.  "Ian is a rational, factual-driven character" Cahill illustrated.  "95% of him resists these strange coincidences, but the other 5% gets on the bus."


To see what the rest of the programme offers, visit the Raindance website.  The festival runs from 24 September - 5th October 2014.