Jeffrey Katzenberg is the founder and CEO of animation production company Dreamworks and has enjoyed such career highlights as President of Paramount Pictures and Chairman of the Walt Disney Company, where he has overseen the production of some of the most influential films of our time including: Oscar winners 'Ordinary People' and 'Terms of Endearment' as well as some of the beloved animated movies in history including 'Beauty and the Beast', 'Aladdin' and 'The Lion King'.

Jeffrey was in London to celebrate 20 years of Dreamworks, and shared his advice for animators and filmmakers during the BFI London Film Festival. 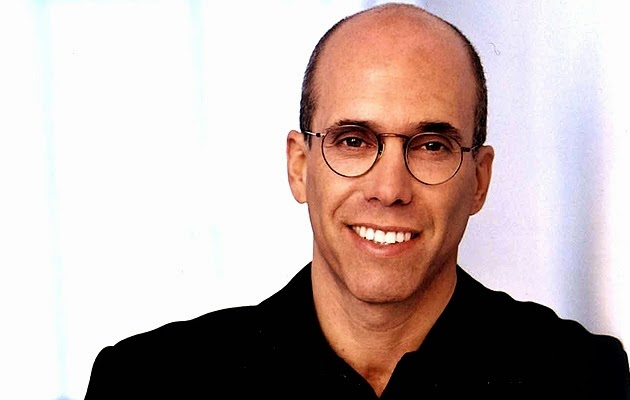 Learn from those around you
I've had some incredible mentors over my career- Barry Diller, who was the young chairman of Pixar gave me some great advice over time, and I still think of them all, and show them that my work is supported by the time they gave me early on in my career.

Be organised!
Be punctual- I return every letter, email and phone call that I get every day. Try to do better than people expect of you every day. It shows commitment to your work, and the passion that you have for the world of animation.

Don't be afraid to fail
I'm not good at looking back- I don't have a 'rear-view mirror' which is frustrating. The greatest lessons come from the biggest disappointments and failures. My successes have not been as nearly as valuable or important as my mistakes. When I do look back I think of the great lessons I learnt when I first started out.

Believe in your projects
You have to find things that strongly move YOU. On my very first day at work Diller came into my office, pushed a manuscript over to me and told me to read it. I read it, and he asked me what I thought. I said "well, actually I thought it was riveting. For sure, I think that it's a movie that would appeal to young women of today." He asked "How would you know?" And he was right! Your job is to find those things that appeal to you. If you like it, and believe in it, you should find a way to get it made. Your you and that's the only guiding light that you have.

3D has become a key storytelling tool
On the opening weekend of Polar Express, I went to my local IMAX to see it in 3D. I found it the most immersive cinematic experience and I came away thinking that the film had upped the ante for animated movies, and people would start to expect that kind of experience. I strongly believed that 3D was a new set of tools to put into the hands of storytellers to enhance the immersive nature of what we can do in our role of storytelling. If we can deliver a premium experience to our audience, then we should! And we still do that today- for example the 3D version of How to Train Your Dragon 2 is an incredibly ambitious film which worked out. You want the film to make your heart beat fast, to have an excitement to it.