Review: Hello My Name is Doris 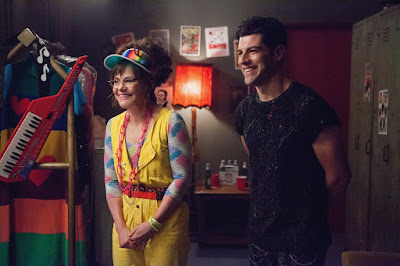 I have a new favourite film, and it's called Hello My Name is Doris.

I want to shout it from some hipster hang-out rooftop; it's the film that I've been waiting for.  Why?  Because the film, directed and co-written by Michael Showalter, is a glimpse of my life to come.  Only, I'll be in London and the film is set in New York.  And it's probably a lot funnier than my life will be.

Sally Fields plays introverted Doris, a New-Yorker in her 60s, with an eclectic fashion sense (she dutifully puts of her wig and cats eye glasses after working out) who spends her weekdays data crunching for a glossy e-commerce fashion company after she was inherited in a takeover.  She alone in her mother's old house on *gasp* Staten Island.  "She actually, like, has to take a boat to work," one of her colleagues points out.  She's an enigma, a hoarder, a happy-go-lucky but quietly layered character.

Cue the entrance of John, the 30 year old new art director from LA, all tan and sparkling smile.  After a brief and hilarious meet-cute in the lift, Doris is smitten. 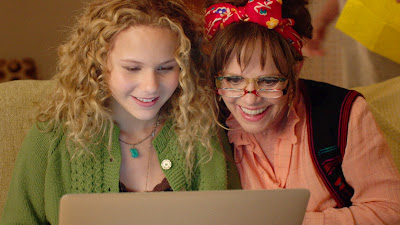 Later that week, Doris is pulled along to a self-help seminar and something clicks.  She could, for the first time in her life, believe that she can fight for what she wants; that her heart was worth offering up to someone.  The plan to snap Jon up and carve a new life for herself begins; even if that means hanging in Brooklyn his hipster friends, ditching her friends on Thanksgiving and signing up to Facebook.  As her obsession intensifies, so do her dreams of a new life- but how far will these dreams take her, and is her old life really one to leave behind?

There is more than meets to eye to both Doris and this film.  There is a general preposition in the world of cinema to brush aside a playful comic film.  Hello My Name is Doris is a cute, smart indie yes, but Fields gives Doris such warmth, such sincerity, that it's impossible to ignore the brevity of the role.