Today I realised that I've been counting down my top ten indie gems since 2014 (WHAT!) and it's definitely got a lot harder. I don't attend as many film festivals and press previews as I used to (blame a busy full-time job in the VFX world, family commitments and .... well, life) and not only do I need to carve out time to go to the cinema, we're also completely inundated with streaming services. This year was the first time that I caught the dreaded 'box set anxiety,' which is similar to FOMO, except it kicks in every time you turn on the TV and sit there staring guiltily at all of the shows you've been recommended without having the energy to start that 20-part epic drama with hour long episodes.

However, it has once again been a strong year for low-budget flicks and I have caught some absolutely wonders. So have a read, let me know if I've missed any (entirely plausible) and here's to 2020! 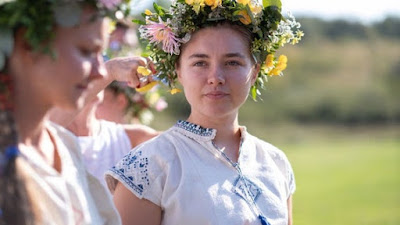 A couple travel to Sweden to visit their friend's rural hometown for its fabled midsummer festival, but what begins as an idyllic retreat quickly devolves into an increasingly violent and bizarre competition at the hands of a pagan cult. All I can (and want) to say without spoilers is FLORENCE PUGH: ALL HAIL THE QUEEN. I will literally now see anything with her in it, this performance was mesmerising. 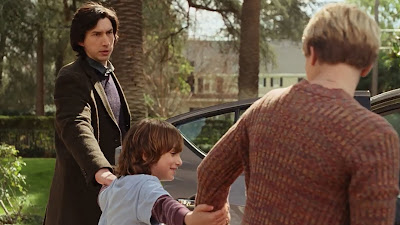 Noah Baumbach's incisive and compassionate look at a marriage breaking up is the best Netflix film I think I've seen yet. Charlie (Adam Driver) a celebrated theatre director, and Nicole (Scarlett Johansson) an actress, try to navigate an amicable divorce across the American coasts for the sake of their son. The script is pitch-perfect and it's a real treat to see the leads play out the huge range of conflicting emotions. The performances will probably see both of them get some awards nods, and rightly so. 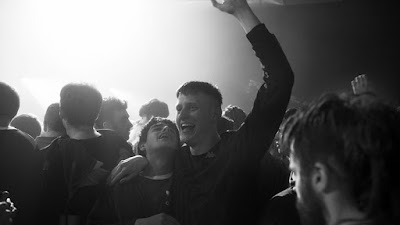 Best mates Johnno and Spanner are on the cusp of leaving school, living in a small Scottish town in 1994 and obsessed with the illegal party scene. Having found a pirate radio station which streams recordings of the infamous free parties, they embark on the adventure of their young lives; meeting an eclectic cast of supporting characters and getting into scrapes on the way. Safe to say that Beats feels like a breath of fresh air for British cinema right now, with a killer soundtrack and honest, sensitive performances. A must see. 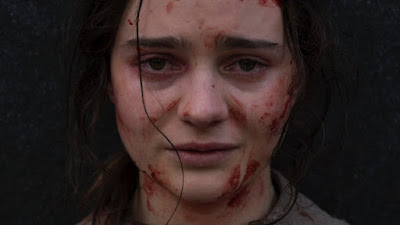 The Nightingale transports us to 1825 Tasmania, Australia, where Aisling Franciosi plays Claire, a beautiful, talented wide-eyed young lady hopeful for a fresh start after serving her three years of indebted servitude to the Colonial British Army. Race, class and gender all play their part here.

There are significant moments in my life when I’ve watched a movie that has had such an impression, such an impact, that I remember all of it from start to finish. It travels with me, for years, forever embedded in my memory where I will take it out and ponder on it every once in a while. Usually these are narratives that surprise or shock, something as yet unseen. It gives the brain a little jolt of surprise and something shifts. I don’t think it’s too melodramatic to say that these films often change me. The Nightingale is 100% one of those films. 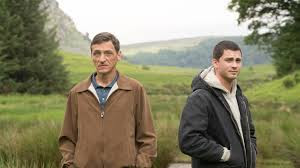 Following the loss of his wife, Frank Fogel (John Hawkes) embarks on a journey to spread her ashes in the remote countryside of her native Ireland. Her last (and only) wish also stipulates that their son Sean (Logan Lerman), fresh out of jail, joins him for the journey. This is a brilliant film with a lot of heart and central performances that transcend the script to lay bear the complexities of failed relationships. It was, for this reason, my favourite film of Edinburgh Film Festival this year and I hope that many more get to see it.

5. Blinded by the Light 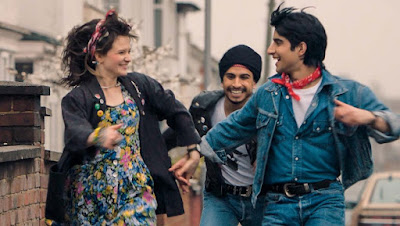 Readers of this blog (hello!) will know that I have a bit of an obsession with musicals, especially if they have a bit of nostalgia thrown in (Sing Street is still one of my favourite feel-good movies for a Sunday afternoon). So it stands to reason that I was super excited for Blinded by the Light, Gurinder Chadha's flick based on a true story and using the music of Bruce Springsteen. Javed is a Pakistani teenager who experiences racial and economic turmoil while living in Luton, England, in 1987. He writes poetry as a way to escape the intolerance of his hometown and the stubborn views of his traditional father. When he discovers Springsteen, he sees parallels between the singer's powerful lyrics and his own working-class environment.Absolute joyful cinema (even if you aren't a fan of the Bruce.) 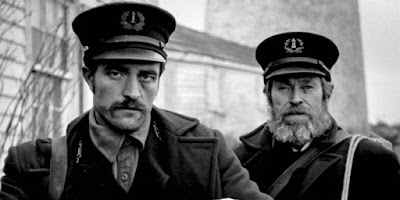 The breathtaking and eerie The Lighthouse opens with the silhouettes of the newly-arrived keepers on their boat as they lunge towards land, ready for their four weeks spent on this craggy rock, far out to sea. We know who they are, of course. We’ve been waiting to see these actors make their appearance in grainy black and white, seemingly conjured from the 1890s, each frame begging us to drink in all of it’s sublimity. It's Willem Dafoe and Robert Pattinson, starring in the latest film from auteur Robert Eggers (The Witch). The film is a beauty. A horror? Maybe. I usually find myself hiding behind my hands during most horror movies and this one had me not wanting to look away. 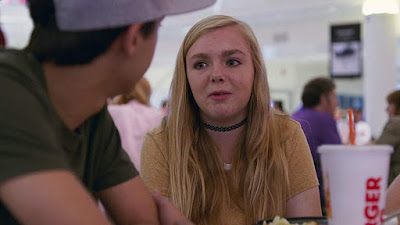 Kayla Day (Elsie Fischer), an eighth grader, is introverted but also posts videos about self-confidence on the Internet.  At first glance, you could think that it was a typical American coming-of-age high school movie, but it is complex and multilayered. The narrative cleverly deals with an evolving father-daughter relationship, school drama and the process of understand who you are. This, it has been argued, is an actual horror film for parents of teenagers growing up in this modern age of social media. It made me feel extremely anxious while watching it, which meant that it did it's job perfectly. As Kayla, Elsie Fischer is a total revelation and I'm looking forward to seeing what comes next for her.

Give me Liberty is one of those films that you'll remember forever. Vic, a medical driver, is attempting to make up time while running late (he had to take some of his extended Russian family to a funeral) but disaster ensues and he is left fighting for his job all while trying to keep his head with a bus load of arguing individuals. What I wasn't expecting was a hilarious, compassionate, and intersectional portrait of American dreams and disenchantment. The film was shot with mostly non-actors which makes it even more magical that it got to our screens - each character tells their own story beautifully, what a brilliant piece of cinema. 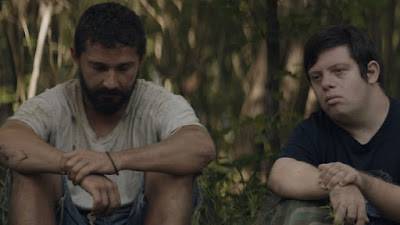 Dubbed ‘A modern Mark Twain style adventure,’ Peanut Butter Falcon takes the number 1 spot due to how much love it brought to us all at LFF. It's the story of Zak (Zack Gottsagen), a man with down’s syndrome, who escapes the nursing home he lives in to pursue his dream of becoming a pro wrestler. After escaping, Zak encounters Tyler (Shia LaBeouf), a prickly lost soul who is looking to put his past behind him and who becomes an unlikely mentor to Zak. The pair begin their journey together, eluding Eleanor (Dakota Johnson), the kind nursing home employee who continues to look for Zak when everyone else has given up on him. The film is a comedy, mostly brought about by Gottsagen and with lines written for his especially, based on his own humour. This means that the performance we see is natural, hugely likeable - it’s delightful.