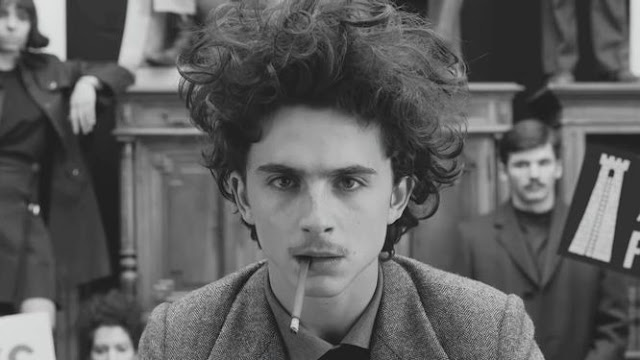 The first sold-out show for Manchester's Home cinema's BFI London Film Festival offering was Wes Anderson's The French Dispatch. As the audience, young and old alike (I settle somewhere in the middle) crammed into the auditorium wearing the tell-tale red beanies or berets, I felt no sense of surprise. Anderson's films have always brought people together, it is 'event cinema' at its finest. The fans seek each other out for a shared viewing experience that I can only think a few auteurs deserve in the same way. 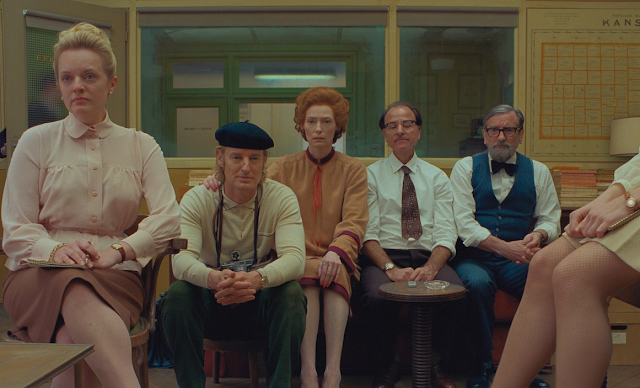 This is the quintessential Wes Anderson film we were all waiting for. Whether a Francophile, or just desperate for escapism (let's face it, after the COVID-19 pandemic, who isn't) Anderson has created a soothing balm for the soul.

An anthology film, portraying the goings on at a fictional weekly magazine that looks an awful lot like—and was, in fact, inspired by—The New Yorker, we follow three journalists as they write stories about the goings-on in a fictional French town, Ennui-sur-Blasé.  Anderson's obvious love for storytelling and the world of creative, poetic journalism, is documented in his careful handling of the stories weaved throughout the film.  The tell-tale signs of his filmmaking are all deliciously evident; the appearance of his regular ensemble cast (Tilda Swinton, Bill Murray, Adrian Brody, Owen Wilson, Frances McDormand), the symmetrical centre framing, the muted colour palette and the whimsical dialogue which, often spoken at bullet-pace, ranges from hilarious to the macabre.
The film opens with the death of it's Editor, the son of the original founder, Arthur Howitzer Jr (scene-stealing Bill Murray). The motley crew of his hand-picked journalistic team swear that this will be the best issue yet. Three stories follow; each as quirky and as star-studded as the last (Timothée Chalamet as a student activist / chess player is so perfect it made me wonder how he'd previously avoided being cast in an Anderson) as we learn to see the history of the town through the eyes of outsiders. A stand-out section for me is the story of Moses - a tortured artist in jail (an unhinged Benicio del Toro) who finds solace in his confinement by painting Simone, his lover / prison guard (Léa Seydoux).  The pair are magnificent, aptly joined for scenes with art dealer Julien Cadazio (a sublime Adrien Brody). There's a real sense that the actors relish pushing the boundaries of these intense characters - that Anderson really gives them that room to do it.
Get to a cinema quickly, dear film fans. Feel as though you're walking through the colours of the magazine and let yourself fall into the Anderson rabbit hole. An idiosyncratic and relentlessly detailed rabbit hole where each frame feels lovingly composed just for you. You won't regret it.