Here we are. Another COVID-induced year has swept by - but at least we all got back to the cinema. A piece of *big news* is that I did something I never really thought I would do in my 30s, and I moved to a new city! But I'm still a Londoner at heart, so I'm keeping my blog name.

Without further ado, fuss or delay, here are the indie films I LOVED in 2021. A shortened version of my list because COVID is the gift that keeps giving and I only made it to one film festival (the glorious BFI London Film Fest) and even that was a limited programme online.

Enjoy and please let me know what you think! 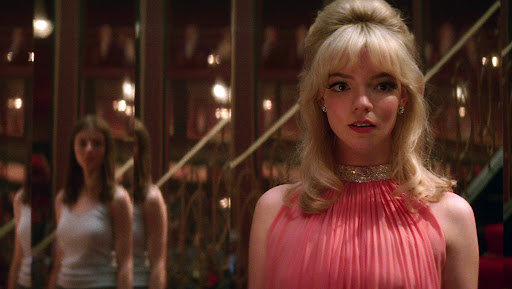 Weird that a horror / thriller that deals with the seediness of 1960s Soho made me miss London, but, alas, I'm weird, so it did. Thomasin McKenzie, who I'd last seen in Jojo Rabbit, has grown up and stars as Eloise - an aspiring fashion designer who is mysteriously able to enter the 1960s, where she encounters Sandi, dazzling wannabe singer (Anya Taylor-Joy). However, the glamour is not all it appears to be, and the dreams of the past start to crack and splinter into something far darker.

I was absolutely thrilled by the costumes, the lighting, the cinematography and the sharp twists and turns. Taylor-Joy continues to be pretty much the best there is, too. I would politely ask, though, that Edgar Wright perhaps lay off the victim-shaming. 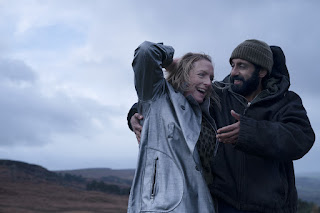 Music-obsessed Ali (Adeel Akhtar) has recently separated from his wife, although the pair are hiding it from his family who happen to live on the same street. A lovable landlord, he offers to take his tenant's daughter to school where he meets Ava (Claire Rushbrook), a classroom assistant with Irish roots.
Ali & Ava is a real treat of a film. The characters are so believable and grounded they could be your neighbours. Both hide their burgeoning friendship from their family, but there's plenty of electricity between them. The tensions around age, race and social pressures are faced head on; in a film that brings West Yorkshire's Bradford to life on screen.
3. Tick, tick... boom! 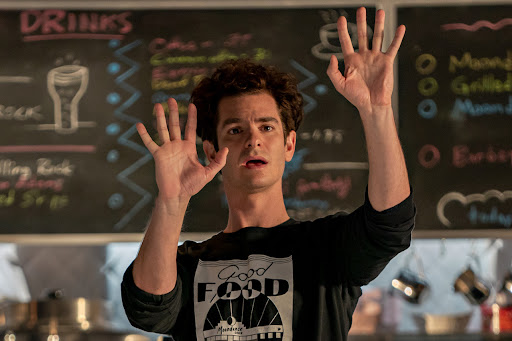 "Fear Or Love, Baby, Don't Say The Answer. Actions Speak Louder Than Words." Based on the autobiographical musical by playwright Jonathan Larson (played by Andrew Garfield) and crafted by the genius of Lin Manuel Miranda in his directorial debut. It's the story of an aspiring composer in New York City who is worried he made the wrong career choice, whilst navigating the pressures of love and friendship.

This film has magic running through it. That magic is the ghost of Jonathan Larson who stays with us through his art. Incredibly moving tribute, and love letter to Broadway. 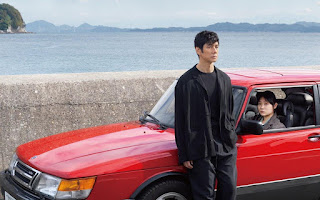 The film opens with the dedicated husband and wife team, theatre director Yusuke and his TV screenwriter wife Oto, who navigate their shared life together in the arts. Suddenly Oto dies while Yusuke is out driving, learning lines for his role as Uncle Vanya in his upcoming play. The film picks up two years later, when a still-grieving Yusuke is invited to take up a residency at a theatre in Hiroshima to once again direct Chekov's play. The only catch is that, for insurance reasons, he isn't allowed to drive his own car. Yusuke’s new chauffeur Misaki drives him to and from the theatre every day, and the pair gradually open up about their history and the events that have led them both to this city. As the play gradually starts to take shape, so does their relationship, in a film steeped with mystery and underlying tension. 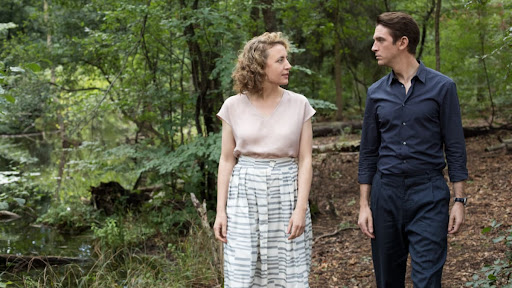 I'm always excited about what Dan Stevens does next, and this time around was no disappointment (it never is.) Stevens plays the perfect date as a humanoid robot in this German feature by Maria Schrader. Alma, a scientist (Maren Eggot) at the Pergamon Museum in Berlin, is persuaded to participate in a study to get funding for her research. For three weeks, she must live with a robot designed to be the perfect life partner for her.

Following the escapades of Alma and Tom trying to navigate this surreal early stage of their relationship takes you on a funny, whimsical and poignant journey that I absolutely loved.