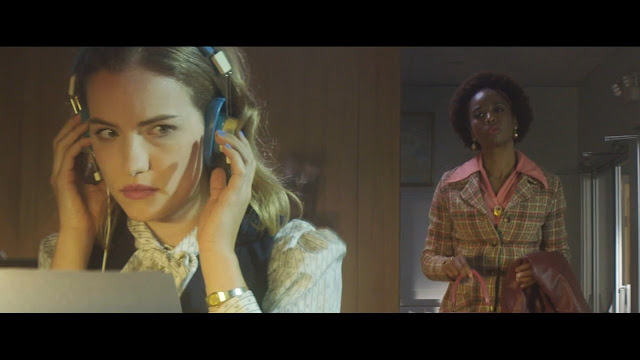 Having never seen a Dan Mirvish film before, I read the short bio lines about his latest feature film, 18 1/2, with interest. The premise being that the lost minutes of the Nixon White House tapes that had thrown the government headfirst into the Watergate scandal, had been found by a White House transcriber, Connie (Willa Fitzgerald.)
Connie immediately calls a journalist from the NY Times, Paul (John Magaro), driving out of state to meet him at a diner in an attempt to leak the contents. The pair decide to listen to the infamous tape together at a nearby motel.
From the outset, I went in expecting a pretty serious political commentary steeped in 1970s backroom wheeling's and dealings. Instead, what 18 1/2 gave me was a pretty off-beat comedy with an array of outlandish supporting characters and an explosive, chaotic end.
Both Fitzgerald and Magaro bat the dialogue back and forth sportingly, imbuing their characters with a heady mix of serious and playfulness. Setting pretty much the entire film at an off-season motel was a strike of genius, adding an immediacy to the drama as it unfolds, whilst also meaning that the film crew could get the movie finished as COVID hit the US - Mirvish keeping the cast and crew in a bubble as lockdown started to shut up the East Coast.
It was a rare find at the festival and I'm very pleased that I took the gamble.
I bloody loved every minute of it. 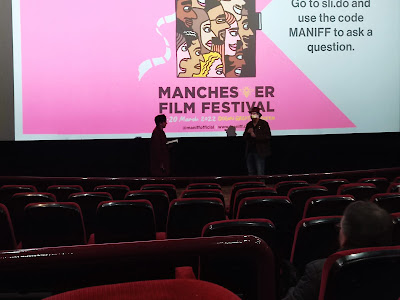